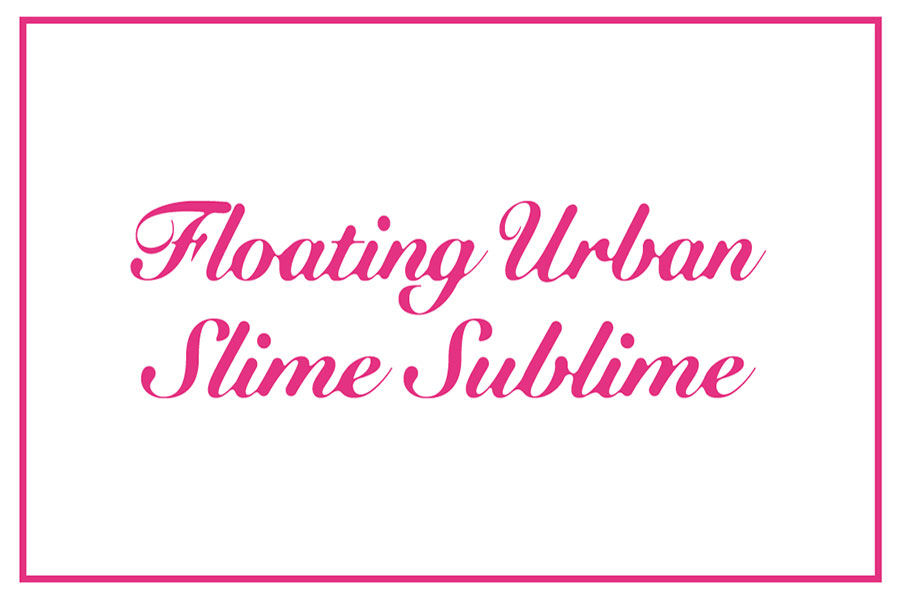 “By creating a melee of mashups using cutting-edge work from a variety of contemporary practitioners, this project celebrates fallibility and ambiguity in the creative processes and developments of the post-internet era. Repurposing failure to unexpected fruitfulness; the results may take the form of a "distorted syntax" or "grammatical error" in our perception. Whimsical paraphrases and manipulative displacements are intended to act as a wedge, causing a rupture in an already shaky rationality and feeding a burgeoning uncertainty.” 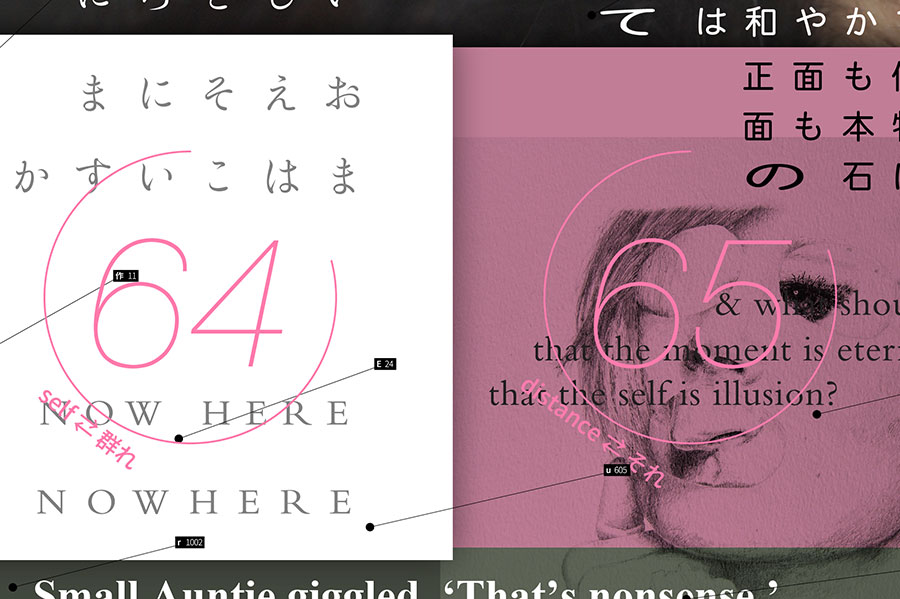 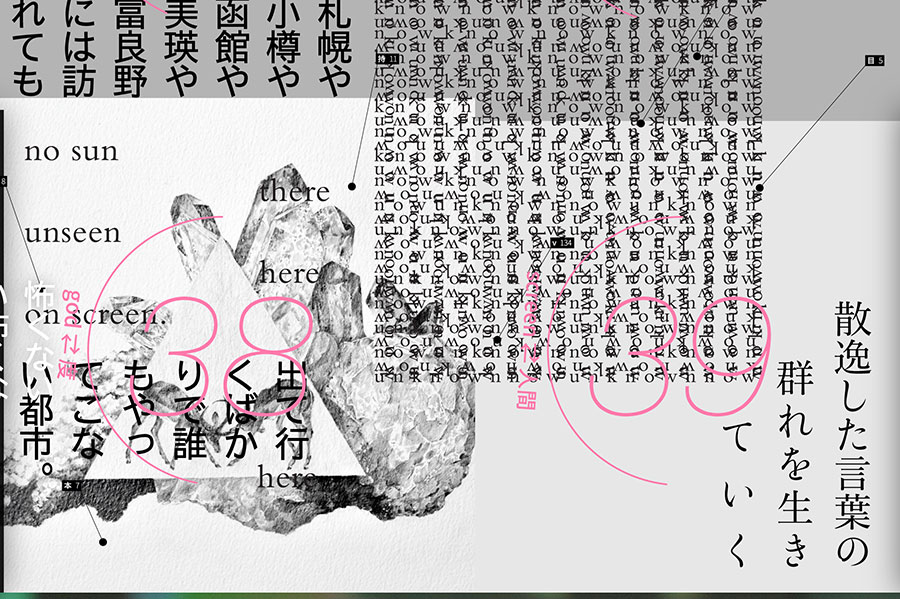 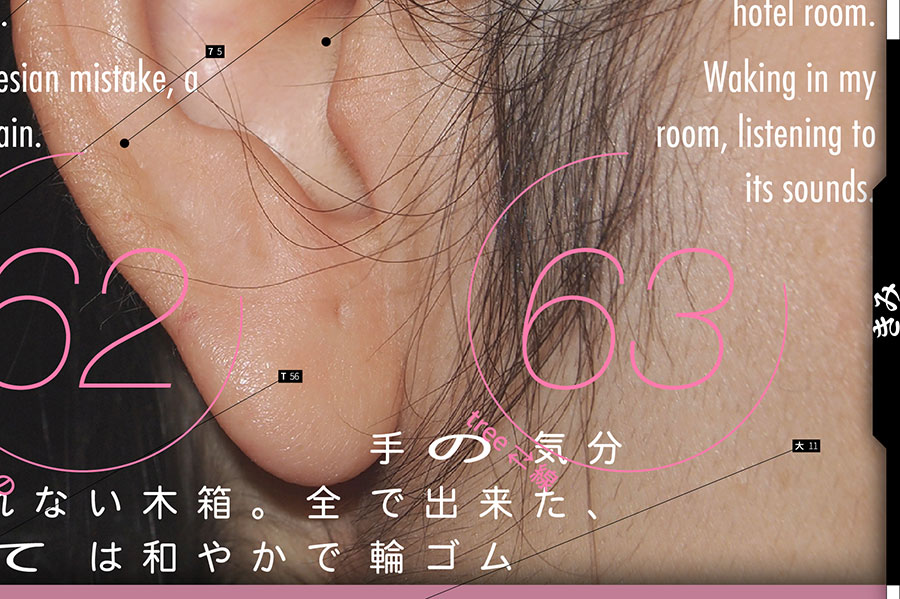 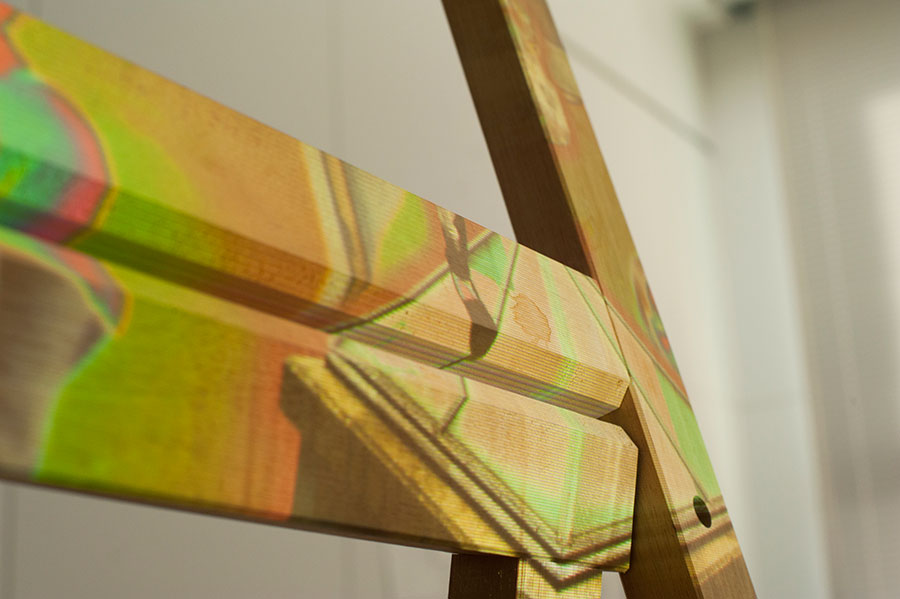 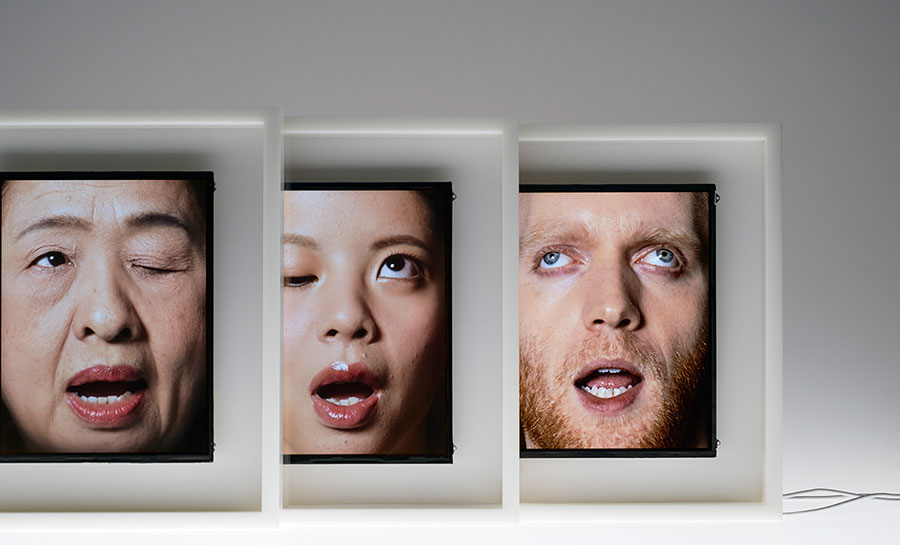 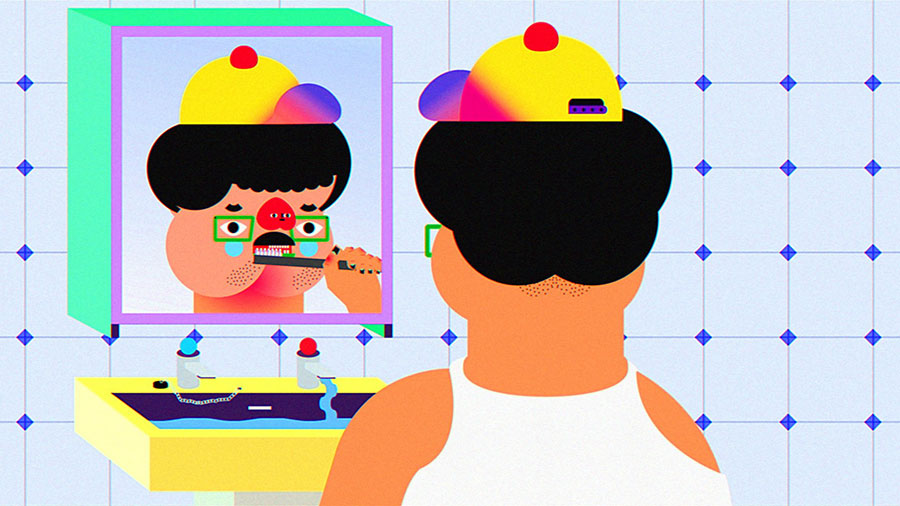 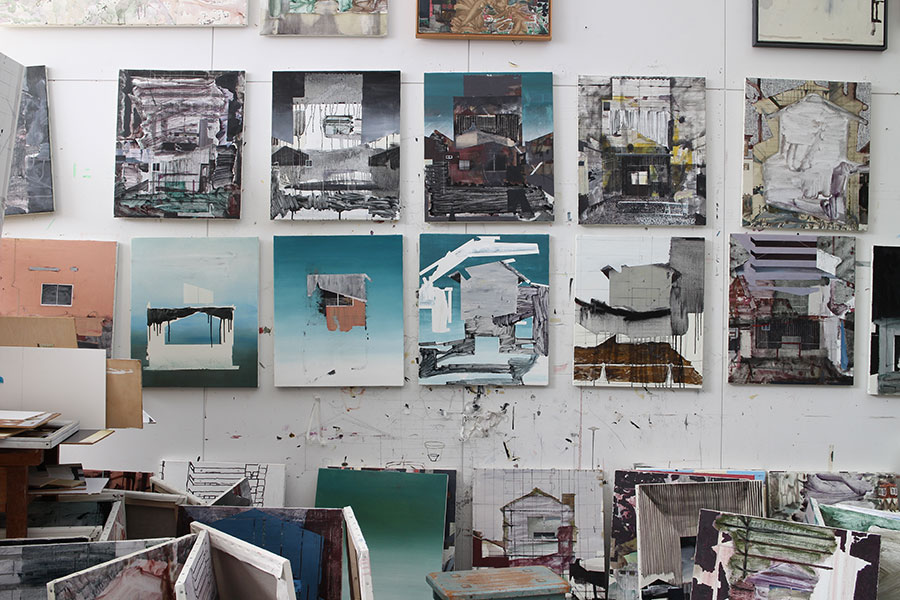 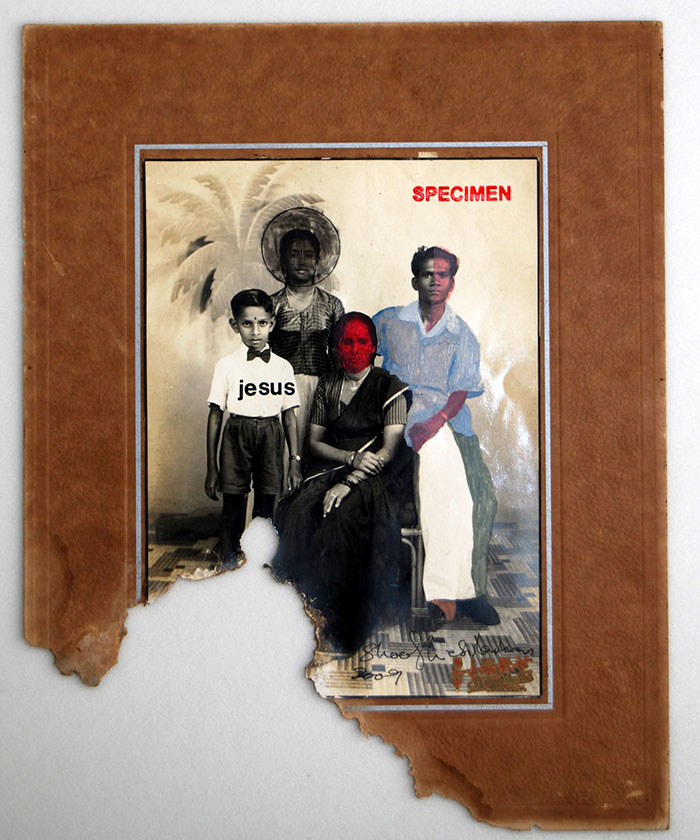 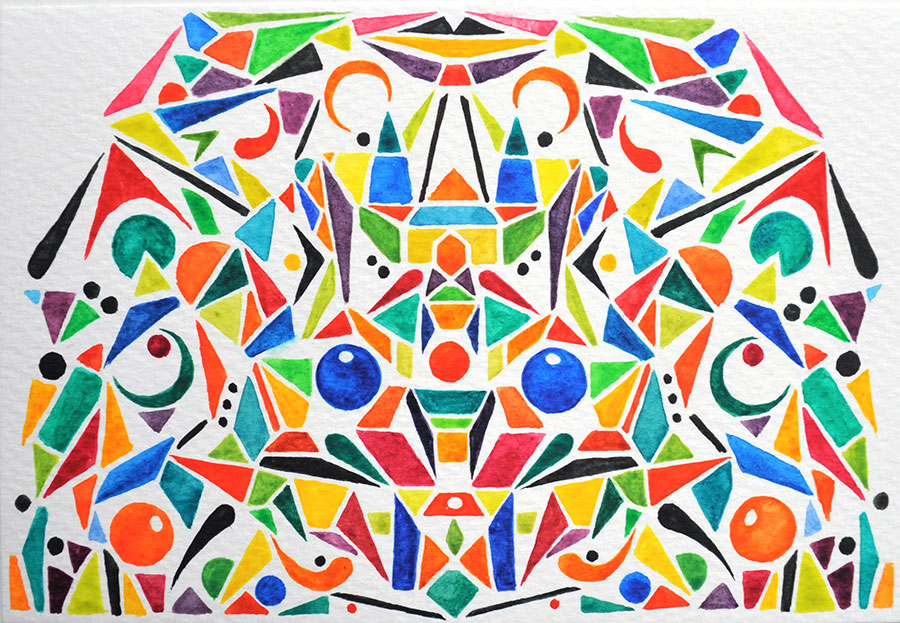 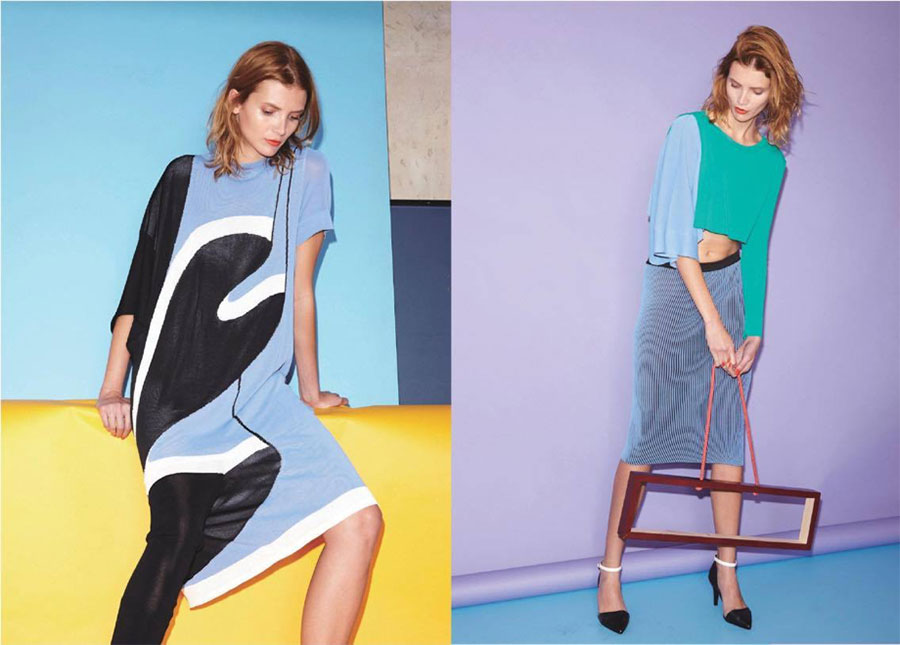 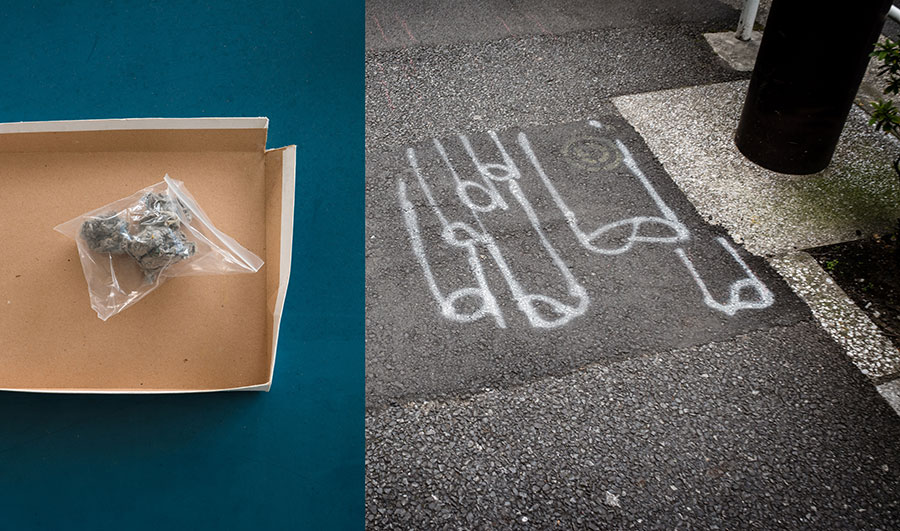 
On 7th Jan 2017, UK’s Daily Mail ran a report on British celebrity chef Jamie Oliver’s victory in the US. forcing McDonald’s to stop using ‘pink slime’ in its burger recipe. Coined by Oliver, ‘pink slime’ is a process where ammonium hydroxide is used to convert fatty beef off-cuts into a beef filler for McDonald’s burgers in the US. It is “considered part of the [component in a production procedure] by the USDA (United States Department of Agriculture), consumers may not know when the chemical is in their food”.

This ‘pink slime’ saga exposed a disturbing cultural malfunction within our world today. The fixations on the internet and digital manipulations in our highly systematized contemporary life styles have distorted our perceptions as most human interactions are conducted within a “jpg-compressed” cultural environment. ‘Pink slime’ is akin to digitized fragments of manipulated realities, drifting and clogging the cyberspace like bacteria, slowly crumbling and destroying existing mono-cultural structures.

'Pink slime’ is symptom to a dysfunctional / hyper-functional society where any event could easily be distorted and re-presented as something else; where histories are carelessly erased and rendered untraceable. The modus operandi for contemporary thinkers living in such uncertainties and illusory social environment should be nonlinear, organic and experimental to avoid being trapped in logic and a rational mode of thinking. When facing uncertainties, it is perhaps worthwhile taking time to entertain our inner irrational thoughts, which may be the key to understanding the contemporary sublime.

(b.1977 in Niigata, Japan). Iwafuchi became a designer at a book publisher after studied industrial design at Chiba University. Also has enthusiastically produced many zines such as “OTOME news”. She lives in Tokyo with her husband and son.

(b.1976 in Tokyo, Japan) He worked for a giant cosmetic company KOSÉ (product design department) and D-Bross (product brand run by DRAFT, the one of the most powerful design company in Japan) before he established Studio Niji, his own design studio in Tokyo in 2012. His design work characterized by the intellectual use of materials and contemporary approach towards shapes and structures to embody transcendental urban scape. He is specialized in a realm of Product/Interior/Spatial/ Graphic/Branding/Art direction. His designs were featured in TOYOTA Lexus’s PV and was exhibited at MASION & OBJET PARIS (Design Fair) and his current projects includes design direction of Japanese traditional plaited cord retail company DOMYO.

LENS is an independent creative lab established by Kenichi Okada and Kunie Hiyamizu in Tokyo in 2014.
・Kenichi Okada (b.1980 in Hyogo, Japan) After studying at Royal College of Art in UK, he has worked at Creative Center in Sony. The aim of his artistic study is to design a trigger for creation by using several media such as films, products and installations. Kenichi’s works have shown in several museums such as MoMA in NewYork and 21_21 DESIGN SITE in Tokyo.
・Kunie Hiyamizu (b.1982 in Gunma, Japan) After graduating from university, she attended an interior design academy. She worked at a renovation company for 4 years designing shops and houses. She serves as a board member of the Gunma Interior Coordinators’ Association while working at a company that produces package design and product plans. She showcases her work through exhibitions and publications.

Rupert Loydell is a poet, painter, editor and publisher who lives in Cornwall, England. You can see some of his poetry books at http://www.shearsman.com/ws-shop/category/950-loydell-rupert-m

(b.1973 in Kumamoto, Japan) Mikami adopts a diverse approach to engaging with social and cultural structures, which can include using food, music, art and education. His ambiguous artwork develops concepts which sometimes defy logic to develop dialogues between the seen and unseen. Mikami founded AIR Onomichi with Tamaki Ono in 2007 and in 2010 set up Komyoji-kaikan, a multi-purpose project space. He has worked as a director of Nakata Museum since 2012. Recent shows include; dr/op, Komyoji-kaikan, Onomichi (2016), 100 ideas on Tomorrow’s Island - What art can do for a better society, Art Base Momoshima, Hiroshima (2014), The Standstill of Painting, Nakata Museum, Onomichi (2014)

(b. 1981 in London, UK) lives and works in London, UK. An avid observer of London city’s less kempt spots, Morrison is concerned with the beauty and energy to be found in nature. Recent works on paper show the layering of mark making processes and have at their core a recording of organic forms, which give way to expressive abstraction. Selected exhibitions: Lynn Painter Stainers, The Mall Galleries, London (2017), Myth & Lore, Styx, London (2017), Dogs in a Room, Hiroshima, Japan (2015), CHEMCRAFT, London (2015), 400 Women, Edinburgh Art Festival (2011), Nothing Like Something Happens Anywhere, Gothenburg, Sweden (2009)

(b.1985 in Tokyo, Japan) currently lives and works in Hong Kong. After graduation from Central Saint Martins in London in 2012 Nakajima worked as a freelance designer several years, she set up her own knit wear label HIROKO NAKAJIMA which focuses on playful colours and sophisticated abstract shapes with luxurious materials such as Cashmere. Her collections are inspired by various sources such as Ancient Egyptian sarcophagi and Origami. The most striking aspect of her collection is her understanding of fashion as organic and wearable sculptures.

(b.1973 in Hokkaido, Japan) currently lives in Onomich, Japan. Together with Kiyohito Mikami, he is a half of the artist duo Mouhitori. The duo attempts to contemplate unseen presences with recurring oblivion in contemporary society which have been generated throughout the course of cities metabolism. He is a director of AIR Onomichi (artist-in-residence program). As a solo, he discovers alternative dimensions in existing structures by making paintings and installations in order to re-edit and reconstruct hidden memory and histories. dr/op Beyond Boundaries, Goodman Arts Centre, Singapore(2017), A Glacial Erratic Block at Utpoia, Utopiana, Geneva (2013), Adventure of Flowerpots, Fukuyama Museum, Hiroshima (2008)

(b.1984 in Hong Kong) Flashing, pop-like imagery; visual and auditory narrations that explicitly touch upon sex, politics and social relations; vibrant installations that extend into three dimensions the artist’s fantastical animation world – these are but cornerstones of Wong Ping’s practice that combines the crass and the colourful to mount a discourse around repressed sexuality, personal sentiments and political limitations. His animations have been commissioned by M+, NOWNESS as well as Prada and he recently received one of Perspective’s ’40 under 40’ awards for his work. Moreover, Wong recently held a residency at the Chinese Centre for Contemporary Art (CFCCA) and has held exhibitions internationally in Manchester, Hong Kong, Istanbul, Berlin and Paris, amongst other locations.

(b.1975 in Kumamoto, Japan) Currently lives and works in Saga, Japan. Sugimoto utilizes a broad range of media such as Digital contents design, media art, workshop design and media studies. In his practice, he is interested in technical approaches to visualize factual information for practical data analyzation. His works were selected as Jury Recommended Works in 5th /9th Japan Media Art Festival and he is qualified as Super Creator by Exploratory IT Human Resources Project. Publications including Technical History in Media (2013), Hokuju Shuppan Processing (2015), Generative Design (2016)(Co-Translation)（BNN,Inc.）

(b.1973 in Muar, Malaysia, lives in Kuala Lumpur) Sulaiman utilizes a wide array of artistic approaches, from two-dimensional works, site-specific installations, and performances to writing. Her practice deals with politics, private incidents, and identity with a ritualistic manner. She founded MAIX (Malaysian Artist Intention Experiment) in 2014, also runs project space 12 in Kuala Lumpur. She has participated in numerous exhibitions and residencies in Malaysia and internationally, including Singapore Biennale (2011), Asia-Pacific Triennial (2009-10), Documenta 12 (2007), Art Basel Unlimited (2014) and Gwangju Biennale (2014) among others. Her works are in collection of Kadist Foundation and MOMAT (Japan)

(b1962) lives and works in Somerset, UK. His current practice uses a range of media to question and reflect on the roles of representation and language in culture, and the manner by which they influence and construct (or obstruct?) our understanding and experience of the world. His work has been exhibited in the UK and internationally, and is held in private collections. He studied BA Visual & Performing Arts at Brighton Polytechnic (1989) and MA Fine Art & Visual Culture at Bath College of Higher Education (1997). He is a lecturer in Fine Art and Contemporary Arts Practice at Bath School of Art and Design.

We+ is a contemporary design studio established in 2013 by Toshiya Hayashi and Hokuto Ando based in Tokyo. They develop their experimental approach to products, installations and graphics, by combining unconventional materials and technology to shift perspectives. They have exhibited at international exhibitions including Milan Design Week and Maison & Objet. Their works are represented by Gallery S. Bensimon in Paris. They also have been commissioned by a variety of partners including SONY, Marimekko, Isetan Mitsukoshi Department Store, Finnair and Mori Art Museum.

Poet. Born in 1982 in Hokkaido, Japan. Collections of his poems Giant Field and Obama Google has been published from Shichosha. He was awarded the Oguma Hideo Prize for Obama Google. He formed a verval art unit "TOLTA" in 2006. Among his works are Spectrum Dada Night（Spiral, 2016）, Maebashi Potrait（Arts Maebashi, 2015）and Time（Kanagawa Arts Theatre, 2012）

(b.1967 in Penang, Malaysia) Peter Yeoh is British-Malaysian writer based in London and New York, sometimes Tokyo. He is working on his first novel, On Elephant Rock, a bildungsroman set on a tropical island in Southeast Asia. In his work, he reclaims the indigenous voice and lets the colonised tell their own stories. His writing has appeared in Glass, Impressions, Visual Verse, and 140Story.